2018 is a huge year for me. I’m graduating college (hopefully) and only God knows where my life will go after that. To ensure that I live life to the fullest in 2018 and make it my best year to date, I’ve drawn up some resolutions that will guide me to success and happiness.

People who are trying to drink more water in the new year are idiots. To truly be a peak alpha human, I’m going to learn how to live without water. You wanna know how Bear Grylls trained to be able to hold his breath for ten minutes under water? BY NOT BREATHING FOR LONG PERIODS OF TIME. He wasn’t asking for more oxygen on land. By the end of the new year I’ll be able to go weeks without a drop of agua.

He makes me a better person. After I get caught up in a sea of negativity, the Sunshine Band is there to lead me out of it. Wake up listening to “Give It Up” every morning and you can’t have that bad of day.

Look at this dumb d-bag wearing a Toy Story hat made for 3rd graders in the middle of…c’mon Ry, suppress your rage. It’s not worth it. Donald Trump, Logan Paul, freaking Chrissy Teigen… All of these people I’ve never met, and probably will never meet in my lifetime, but God do they piss me off on a regular basis. Trump I guess is the most rational because he’s our president and just says and does so much bad stuff that could affect millions of Americans, but the others there’s little explanation for. Logan Paul I hated long before this whole suicide forest thing, just for not being funny. Of course I was mad about him handling that controversial vlog so poorly, but I was almost equally angry at him for just being the least funny person on earth. Then Chrissy Teigen is in the news cycle for a week on legitimate sites because she tweeted about being on a plane for too long and how much she loves like mozzarella sticks…all of these things just occupy way too much space in my head for how much I dislike them. Cutting out toxic people like I’m a 17 year old girl with a fitness Instagram account.

A therapist told me I should do this after to talking to her for less than a half hour. Legit solved all of my problems with one suggestion. My parents didn’t care.

I’m typing this in my parents basement and feeling way too comfortable. 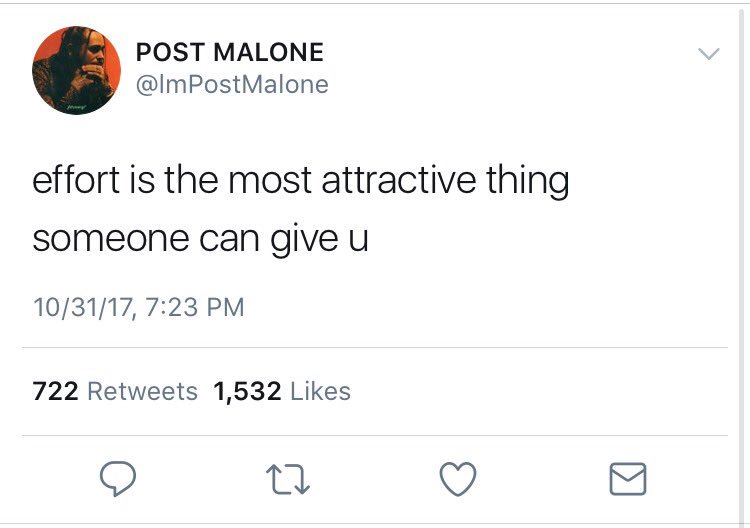 I’ve been in the twitter game for way too long to have not randomly gotten famous yet. I’ve gotta just start quoting funny things with “lmao”, tweeting things a Post Malone parody account would say like “crazy how a song, can actually be, a person” or something like that, or write something wild in crayon and say that “a kid I know” did it so it looks cute and funny even though it’s very clearly my adult handwriting.

A few years ago my cousin Matt and I wrote plots for sequels to two movies: mine was for Step Brothers and was absolutely absurd, but his for Superbad was actually a really good idea. I started trying to write an actual script despite having no idea how to do so and got relatively far. I take breaks from it months at a time but I do like the way it’s coming along. It’s guaranteed never becoming a movie and it’s not some crazy goal because actual people who write movies professionally make like 5 scripts in one year, but creatively for me it’s fulfilling. If you’re intrigued, here’s a preview.

I mean…Hollywood here I come.

Pharrell had that weird hat. Jack Nicholson’s got his Ray Bans. Bruce Springsteen had the red bandana. I need that. There’s a reason cartoon characters wear the same outfit every episode, it’s what makes them memorable icons. This year I’m just gonna start wearing crazy articles of clothing, see what sticks, and then just buy a crap ton of them and making them my thing. Next thing you know I’ve got paparazzi surrounding me without having any reason to. Fame will just automatically follow.

I’d really like to get at least two posts up a week on the site. One of those will almost always be a Talkin’ Tunes on the regular Fridays, but besides that I’d like to get at least one, if not two, more. My schedule next semester is easy and as I get closer and closer to entering the depressing real world I’m going to need some sort of outlet to have some fun with. Whether it’s a quick comment about a stupid thing in pop culture or a full on research paper on how the movie The Martian was done as a research and development project commissioned by the illuminati to fake the Mars Landing video in the near future, I can guarantee two things will be posted on here every week. I hope that will challenge me creatively and make me a better writer. I have this narcissistically romantic idea that I am destined for a more interesting life than a 9-5 desk job, but unless I can develop myself into something more than a dude who watches Netflix, listens to music, and tweets about wanting to murder the Trivago guy: I’m probably going to either be sitting in a cubicle or serving $1 Margaritas to divorced moms at Applebees come this time next year.

DISCLAIMER: All of these are in effect starting next week. Yes, that includes the “stop procrastinating” one.