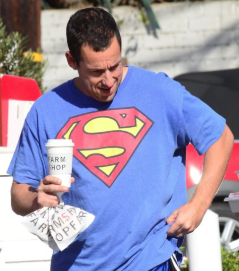 We got some big news out of Hollywood yesterday that Henry Cavill is out of whatever ashes of a dumpster fire are left of the DC movie universe. Now everyone’s losing their minds 15 minutes after the announcement trying to figure out who the new Superman will be, but I say let’s cut the BS and stop pretending like we even want another movie starring the lamest superhero of all time.

Superman is an absolute clown and the product of nerdy comic book writer who was too lazy to come up with anything cool. I always imagine the creator of the comic forgot he had a pitch for a new story that day and just winged it on the spot.

Jerry (realizing he forgot): Oh YES! I uhhhh I’ve got a BIG idea. This is a DOOZIE guys so  you better buckle up your seat belts.

Boss: Doesn’t Marvel already have that with Cyclops? We don’t want to copy…

Boss: Ok so is it just eye powers? Or…

Jerry: Psh! No! No way! What am I an idiot? He’s also like, like really really strong.

Jerry: Well, yes but does every superhero have the ability to FLY!?

Jerry: Jesus ok, well, ya know what? He’s also got super hearing, super speed, super healing, and he can freeze things with his breath. Is that enough???

Boss: Enough? If anything it’s too MUCH. How did this guy get all these powers anyways?

Boss: An alien? Like he’s green and has antenna’s?

Jerry: Don’t be ridiculous! LOL! No he looks exactly like a human. Just a normal looking dude.

Boss: So he doesn’t wear a mask or anything when he fights?

Jerry: Nope, just um…just wears tights. And a cape too, because, he’s a superhero.

Boss: So how do people not know who he is in real life?

Jerry: Well he has glasses.

Boss: And nobody realizes they’re the same person?

Jerry: He works in an office so that business casual attire also kinda helps.

Boss: Even if people knew who he was, how would they defeat him? He’s got too many powers I mean does he have any weaknesses?

Jerry: Yeah space rocks. He hates them. Their poisonous.

Boss: Alright well Paul already flushed last quarter down the toilet with that mermaid character who talks to fish or whatever, what’s his name again?

Boss: What a stupid name. What’re you calling this guy of yours?

Boss: F*ck it, sure. It’s not like this is gonna last anyways.

Literally Everyone: WE WANT MORE SUPERMAN!

I could go with putting Clark Kent to rest forever like I was hoping Batman v Superman was gonna. With his stupid black cow lick, his goofy costume, and just absurd amount of cliche powers. He’s just a loser. He even made this guy boring.

THIS GUY. THE MAN WHO JUST RE-LOADED HIS FISTS. This mustachioed muscle monster is literally just screaming to be a badass and superman managed to make him look like a complete narc. Looks like he wants to sell me a used Nissan Altima at a SUPER good price!

And now people want Michael B. Jordan to play Superman and I am STILL out. Even Michael B. Jordan, probably the most sought after actor on the planet right now and one of the best dramatic/action stars of our generation, couldn’t make Superman cool. 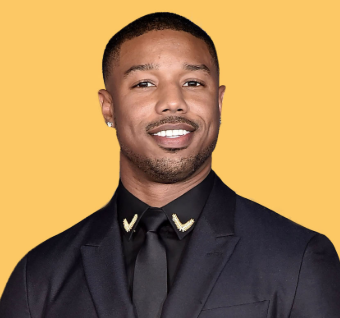 A lot of racist people won’t want him to be Superman because he’s black but MY issue with it is that he’s too freaking cool. Let him play the new Iron Man or James Bond or even Harry Potter for all I care, just not this squid of a cop-out hero.

In reality, I just think if it’s not a Marvel superhero, we don’t need ’em. Unless of course they decide to bring back a certain actor who was going to play him at one point…