Before I start off this post I think it would be weird not to address something, and I also have a responsibility to address something. As funny as “looting a Target” is as a concept, it was in response to something horrible. George Floyd was murdered by policemen in Minnesota this past week. We’ve heard too many stories exactly like this the past few years and in order to make actual change, we have to take action. I’M TALKING TO YOU WHITE PEOPLE. Not doing anything just because it doesn’t affect you means you are part of the problem. So, I’ve made it MANDATORY to take action in order to read this post.

Donate to Any of These:

Memorial Fund for the Family of George Floyd

Write to the Mayor of Minneapolis

Sign the Petition To Bring Charges to the Police Officers Involved

Ban the Police from Ever Becoming Authorities Again and Bring Charges

Alright, if you’re here it means you’ve done one or several of those things above. In which case, you may continue to the normal post. If you’re reading this and you didn’t do any of the things above, you’re banned from reading this website. You dishonorable scum. Everyone else, enjoy!

If you’ve been on social media today you were bound to see the footage of a bunch of people looting a Target. The videos were insane. People grabbing stuff, bashing machines, some lady on a scooter was trying to stab people for stealing stuff? Just absolutely picking up the sword for Target for some reason?

At the Target in Minneapolis that was being looted tonight during the BLM riot, a woman in a wheelchair was attacked. pic.twitter.com/JxsXTB30xI

Look lady, Target’s been there for me plenty of times. Bought my fair share of last minute poster boards, glue sticks, and construction paper for projects in middle school from Target. For that, I am forever in debt…but seriously? Trying to stab looters in a scooter??? Push the stick forward and GET OUT OF THERE lady! This isn’t for you! If you can’t take the heat don’t stay in the kitchen and try to stab the chef!

My big question around all of this though…why stop at Target? I mean sure Target has most things humans need it’s a very practical store to loot I guess but it’s definitely not the first place I would hit given the chance. I think we can go bigger and better. Here’s my suggestions for the next stores we should put on our loot list.

This is a classic “if you had 3 wishes, your first wish should be for unlimited wishes” situation. You don’t have to loot the other stores if you got the money to just stroll in and buy it. Turn the key in your SUV, put the pedal to the metal and make a withdrawal of however the F much you want from the ATM you just ran over.

It’s always “SeaWorld this” and “SeaWorld that” but nobody gives a shit that PetSmarts across America have got CHINCHILLAS in CAGES. 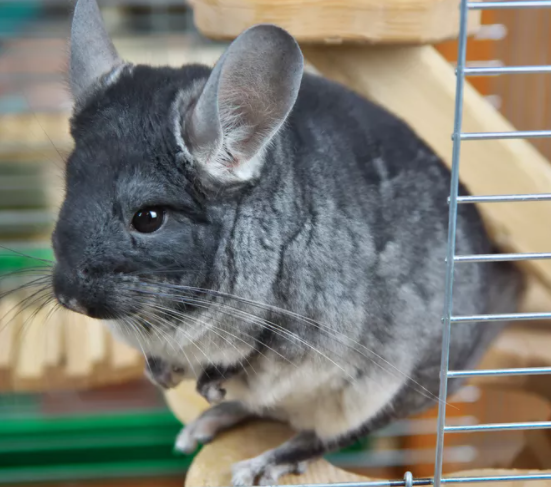 The only thing these creatures should be locked up in is a god damn Pokeball. This is a real life Pikachu and there are hundreds being held against their will in a pet store. Not on my watch. I’m breaking into PetSmart and emancipating every last one of these magestic chubby mice. 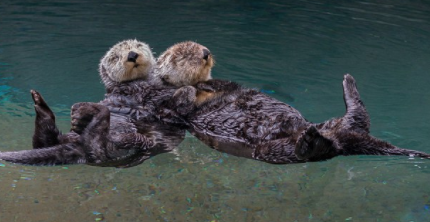 Releasing the Chinchillas was just an appetizer, now it’s time for the entree. We’re breaking into The Zoo and letting all the other animals free…except the otters. They’re coming home with me. I’m gonna flood my basement and let them swim around down there as my pets. I can toss on my swim trunks and float around with them too. Maybe they’d swim up to my hand when I feed them. They’d kinda nibble on my fingers with their little teeth but they’re so small it would just tickle. Wow. I mean, does that not sound worth it guys? Let’s do this thing huh? I’ll bring the explosives!

I’m dumping gallons and gallons of vin DIESEL onto the doors of an AMC movie theater and lighting that bitch up. Once we’re in,  I’m finding the digital copy of F9 that has GOT to be lying around in there. We can loot a projector from Best Buy afterwards and have a big screening in the backyard at my house.

I’m standing. Looking down on the owner of my local Benihana. He’s sobbing. I have a pistol pressed against his skull.

“I’m only going to ask this once…Where. Is. The Yum Yum Sauce?”

Guys if we destroy all the H&R Blocks and none of our taxes get filed we can’t all get in trouble. Coronavirus did us one solid in getting the tax deadline pushed back but let’s try for the full cancellation huh?

The good thing about looting a Joseph A. Bank is that they probably wouldn’t even notice. They’d just assume there’s a Take 12 Free, Get 58 More Free! promotion running that day.

I mean this should be the first place that comes to mind. You really want to hit white people where it hurts? You loot this place. They’ve got boats hanging from the ceiling, they have a fishing rod selection that’s only matched by their gun selection, and there’s a full aquarium filled with the most boring fish in the world. It’s like Disney World but maybe not as racist. I’d run into the store, grab a flare gun, a full camo jump suit and an ATV and start building my Mad Max-style off-roading gang that will rule the suburbs when world emerges from the ashes of the riots.

You really want peace? Then let’s loot the Game Stop, find the PS2 they’re holding in the back and get a used copy of SSX Tricky. We hook it up to that projector we stole from Best Buy earlier and play all night while drinking Mountain Dew and eating Cheetos. If you don’t feel chill after that, humanity’s a lost cause. We deserve to get wiped out by the virus.

The Back Half of Spencer’s Gifts

Yeah you know the half I’m talking about. The one with the sex stuff. Not on my watch. There’s enough sins going on in the world right now, we don’t need these lustful devices of the devils sitting on shelves. If we gotta break “Thou Shall Not Steal” to put an end to all the ass-eating heathens in the world, then so be it. Grab all the tushie toys you can and we’re gonna light it up in the parking garage. I’m counting everything we’re looting too and if there’s a single dildo missing from that bonfire I’ll personally interrogate every last one of you. God have mercy on our souls.

If you want to get in on this action we have to start NOW. We finally got a little momentum if it dies down we may never get the chance again. If you’re in, meet me at the Petsmart at Midnight. Bring matches, your anger, and all the liquor you have, and let’s get these Chinchillas back on the streets where they belong.