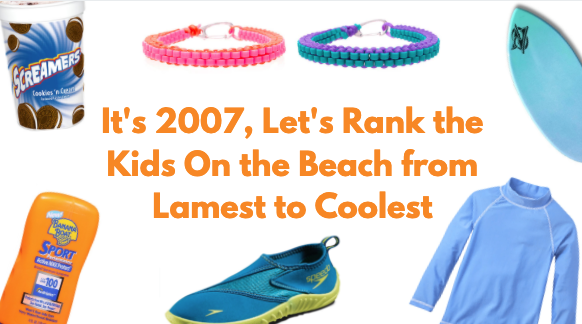 Memorial Day is quickly approaching, and that normally means Summer is about to officially begin. But right now, that all seems up in the air.

Memorial Day usually kicks off the season of less stress, being outside, and hanging out with friends. So it’s definitely been bumming me out that this MDW is going to look a lot different than ones from the past few years…so why don’t we take a trip down memory lane? A nostalgic look back at the summer times before corona. Maybe there…on a beach…over a decade ago…we can find our happy place…

and then absolutely judge the shit out of the kids in that happy place for simply being themselves.

The year is 2007, here’s how the kids on the beach rank from LAMEST to COOLEST. 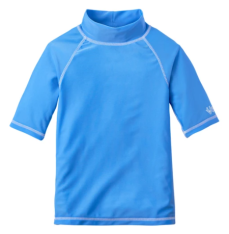 Poor son of a bitch. Whether it’s because their mom doesn’t want them to burn or because they came in last running the lap in Gym, the kid wearing the wave shirt at the beach always had a tough go. No eleven year-old should have a farmers tan because they’re trapped inside a $11 mesh prison from Old Navy, but they usually don’t get to make that choice. You can fight your mom all you want but she’s seen the Dr. Oz special on Children’s Melanoma, so she will NOT be budging any time soon. I feel sorry for you, but I’m not going to let you off the hook either. You’re the certified lamest kid on the beach.

Kid with Sunscreen Not Rubbed In

Oh good lord the McFinnegan’s are practically looking TRANSLUCENT. I can’t tell if their mom is using 100 SPF, that Zinc Oxide stuff or just straight up caking Mayo on their faces. It’s dripping off their skin after they dunk in the water too. Absolutely disgusting. Kid was already dealt a tough hand being born with red hair and now we have to add “having White Michael Jackson’s skin tone” to the ‘reasons to bully him’ list ? You hate to see it. 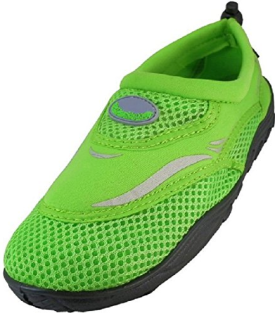 Look dude, we’re all deathly afraid of being pinched by a crab. Every single one of us. Even that kid who says the F word all the time, petrified of being pinched. But come on. Water Shoes??? We’ve all walked past them in CVS secretly wishing they were cool to rock, BUT THEY’RE NOT. Having a shred of dignity is worth floating around and not letting my toes touch the ground even in 14 inches of water. You’re damn right I don’t want to get pinched but I also don’t want to be considered a massive weenie. So you can enjoy your little piggies protection program, I’m gonna enjoy having a shred of pride. 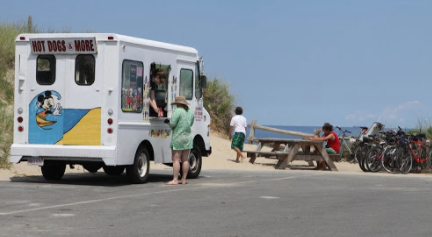 Oh here we go. The Wolf of Wall Street over here ran a lemonade stand for 45 minutes and now he can walk to the Ice Cream Truck all high and mighty about not having to ask his parents for the cash. Get off your high horse pal, everyone knows your grandpa gave you a 5 dollar bill for a dixie cup worth of pixie stick water. You realize your parents paid $7 for the mix and the cups right? That’s a net loss of 2 bucks. Do the math. Instead of having this whole elaborate scheme for your parents to lose that money I’ll just ask my mom for it straight-up. At least I’m being honest about it, your whole life is a LIE. 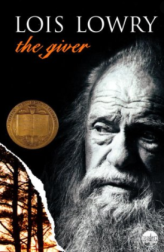 Lol what? Is that kid actually reading The Giver right now? It’s not even the Fourth of July yet! “Oh, maybe it’s not his summer reading book”, YEAH RIGHT! If you’re in 6th grade reading for fun it’s Diary of a Wimpy Kid, Percy Jackson, Harry Potter, or a book about a kid who magically gets to play baseball in the 1910’s with Babe Ruth. Also, what’s the point of doing this now? I can’t even keep track of all the characters on iCarly how the hell are you going to remember one sentence of that book come September? Skim the whole thing Labor Day Weekend and then fill in the gaps with your friends on the bus on the first day of school like a normal person. 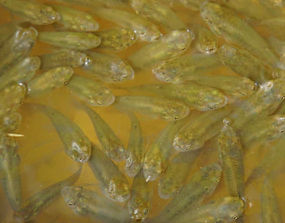 Congrats! You spent the whole day catching guppies and putting them in a 1 gallon bucket of cloudy lukewarm water only to dump them out at the end of the day and realize half the fishies aren’t processing any agua through their gills. Grow up and start catching crabs, before I call PETA on your ass.

Kid With His Own Beach Chair 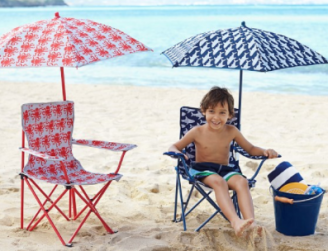 Seriously? You needed your own chair? You actually have the attention span to sit there idle for more than 5 minutes? I don’t know who you’re trying to prove yourself to kid but next time take it down a notch and just bring a towel with Jimmy Neutron’s face on it or something like everyone else. 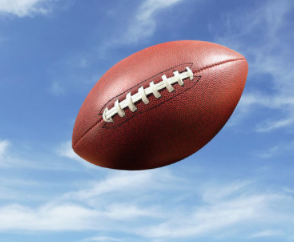 Ughhhh I mean, what are we gonna do? Say no? I don’t wanna be a jerk to this kid he’s clearly alone but seriously? We’ve got a 9-Person game of Jackpot going all between friends and family we’ve known for years and now we just gotta include “Glenn” who’s visiting his uncle for the weekend? I don’t know what you and your family are like Glenny but I assume if they named you that they’re not completely right in the head. I don’t want them calling my mom tonight because I tackled you too hard while going for the 500 Dead or Alive ball. It’s not that we have to include you in the game it’s more so that it’d just be easier if you didn’t ask to. So, as lame as you are for doing this, I feel bad for you…and you could come in handy when we’re trying to make even teams for Wiffle Ball later.

Kid Whose Parents Let Him Get the Expensive Ice Cream 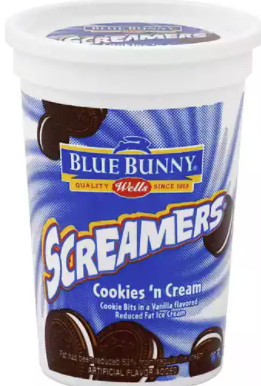 Oh shit is that kid eating a Screamers? That’s like $4-4.50? It’s a whole damn pint! This kid must be loaded! I’m negotiating with my mom for a shot at a Choco-Taco but I’m probably gonna have to settle for a Flinstones Push-Up. 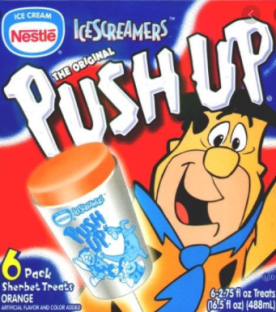 We gotta get cool with this kid. He’s probably got an electric scooter and a Wii back at his house. Let’s kick out Glenn for Wiffle Ball this afternoon and see if he wants in.

Kid with Their Own Cell Phone 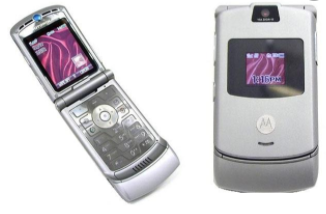 I’m telling you man that is NOT a Firefly that’s a real-life cell phone. Not just any cell phone, it’s a RAZR. It’s sleek as hell. That thing definitely slips out of his adidas gym shorts when he ripstiks down the road, but that’s a very cool problem to have. The craziest thing too, he’s actually using it! Who is this man texting? He can only have family members numbers and then like 1, 2 male friends numbers TOPS right? Maybe he’s playing games? Maybe he’s checking out cool ringtones he can get, like Weird Al’s “White and Nerdy”. Song is so funny. That kid is probably funny and cool and rich. Screw it, this kids going to be the new catcher for my wiffle ball team that $4 ice cream kid can suck an egg.

Kids Who Take Over the Lifeguard Stand After They Leave 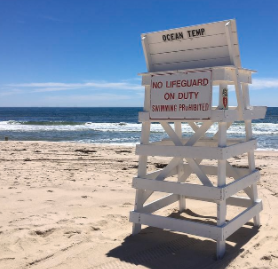 This. Is. Anarchy. It’s 4:30 and the only authority on the beach has packed up after a day of blowing whistles, burying jellyfish and flirting with each other on the town’s dime. Now, it’s some kid’s turn to prove he’s going through the changes he saw in the Puberty Movie and claim their post. Nothing feels more like stealing a police officer’s gun as an 11 year-old than climbing up on their wooden “ivory tower” and pretending like you’re the LAW. Mad respect to these legends. 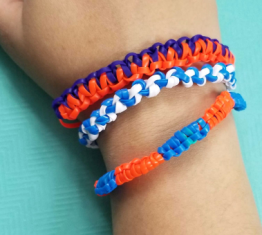 Alright these girls are cool as hell. First of all they told me my Red Sox hat was sick and now they’re telling me they can make me a gimp bracelet with any two colors I want? (Between the red, blue, green, and pink that they have of course). Best of all? It’s only $2 per bracelet and they cut me a sweet deal at $3 total for me and my brother’s. Now I just gotta ask my mom for the money and we’re in the clear. And just for the record, no I do NOT have a crush on them. I just think it’s cool that they’re so entrepreneurial. They’re putting the work in on these bracelets not just being handed capital by their rich parents like lemonade stand kid. That’s why I got a bracelet, ok. I’m supporting local businesses. You’ll thank me for this in 13 years when the gimp market is in the toilet due to a global pandemic.

The Squadron with the Sandcastle Fortress 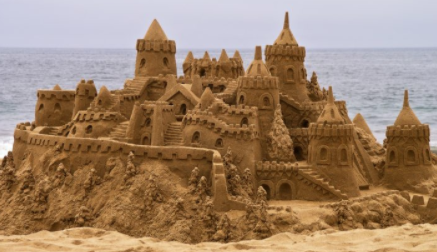 Construction started on this Sand Mansion at about 9am this morning and now, at 4 o’clock this afternoon, it’s a full-blown compound. They’ve got a foot deep moat filled with hermit crabs AND a working tunnel. Covering the whole thing in shells too? Get this bad boy on HGTV! I’m not even worried about the tide coming in those dudes have a foot and a half tall border wall. Worst case scenario too if the tide does break through they’ve got a 6 by 6 foot area that is BEGGING to being turned into a hot tub. Get a few shovels, dig a bit deeper and you can chill in that thing sand-cuzzi till your Mom is honking the horn of the mini-van.

Holy shit. Did I seriously just see that kid with the shark tooth necklace do a Pop Shove It? How am I supposed to compete with that?! I can only do a 180 on the wooden board I got from Wings before it runs out of steam and this aquatic Tony Hawk is ripping 720s on his fiber glass board like it’s NOTHING! So sick dude. So dope. I watched Rocket Power this kid is LIVING IT. He’s not even just running through the shallows he’s legit turning INTO the waves. Using them like they’re little liquid ramps! Straight up X Games mode! So nasty. That’s it, I’m definitely asking for a new board for Christmas next year. This definitely isn’t just a phase I’ll be over by the time next summer rolls around. Skim Boarding is the future. In fact, Skim Boarding is MY future.

*me googling “adult skimboards” and genuinely considering purchasing one*