After the Golden Globes on Sunday night everyone lost their minds over Oprah’s speech. 17 year old girls on twitter are calling her “queen” even though they’re primary knowledge of her is watching her eat yogurt on Weight Watchers commercials  Seth Meyers, who hosted, made a joke about Oprah running and now everyone’s saying she should run in 2020. Everyone is just giddy with joy thinking about her running…DID WE NOT LEARN OUR LESSON? LET POLITICIANS GET THE JOBS IN POLITICS. It’s an awful idea to keep pushing celebrities to run (despite how amazing the debates would be between Oprah, The Rock, and Kanye West), but after Donald won the office every celebrity with an ego bigger than a raisin thinks they’re cut out for the job too. So who will run in 2020? Here’s my predictions.

Campaign Slogan: “One Nation, Under Vlogs”

Why?: Realizing he’s brainwashed 15 million members of the U.S. population to watch him beg for attention every day, Logan Paul decides that he could probably at least make it to the primaries and recruit a ton of new members of the #logang if he ran for #president. He and Trump share a lot of similarities if you really look at it: Bad hair, always plugging merch, ran for attention, and they both probably wish Asia as a whole didn’t exist.

Why?: Kim’s sex tape is finally starting to lose steam, everybody’s already gotten pregnant, and E! can’t think of any more combinations of Kardashians and geographic locations for new series. 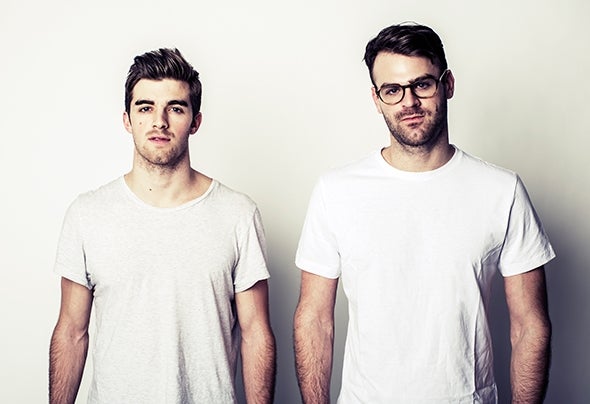 Campaign Slogan: “Drunk On American Pride” (The Chainsmokers are always drunk on everything but alcohol.)

Platforms: Legalizing drugs, sending positive vibes to every single American, and adding a sick drop to the National Anthem.

Why?: Because they’re high key, like, so done with being low key. That’s just not their vibe any more. They’re on a whole new wave (insert wave emoji and peace sign emoji).

Campaign Slogan: “Bazinga!” (If it ain’t broke don’t fix it)

Platforms: Alternative renewable energy, bringing NASA back, funding for education, and giving weekly presidential addresses about how smart he is and how dumb americans are like the annoying little a-hole he is.

Why?: After realizing how lucrative the “Sheldon” brand is, CBS decides to fully fund a campaign to get both of the Sheldons elected President. NBC got their guy in the White House, but now it’s their turn. If people actually like a show about a little arrogant kid rubbing his knowledge of nuclear physics in dyslexic kids faces while they struggle to do basic addition, they are going to lose their minds when he’s doing it to all of America during a Presidential Address.

I can guarantee at least 40% of this list will actually happen despite half the candidates not being legally eligible to run. The 2020 presidential race is going to be a year long episode of Celebrity Survivor, and although it may not be good for America, it will be entertaining as all hell. Until then,