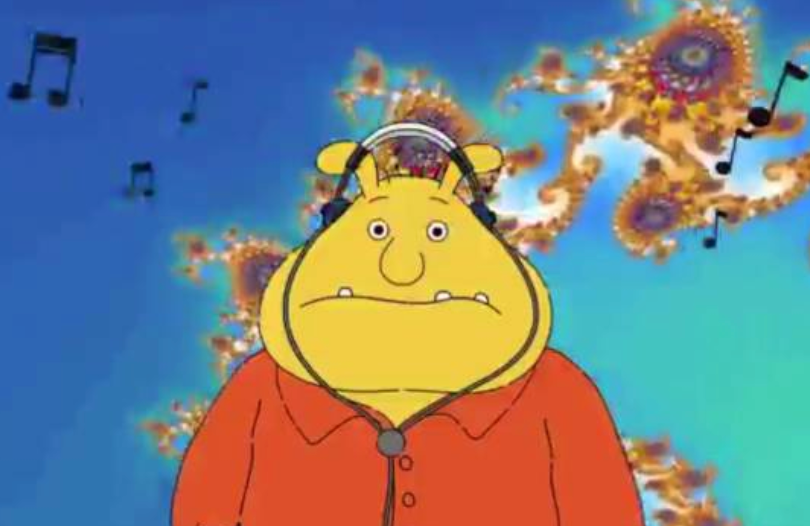 I had September 21st marked on my calendar for one reason and one reason only: It’s National Day Disco Day (unofficially). Why? Because the greatest song ever recorded in music history has a line referencing it.

THE TWENTY FIRST NIGHT OF SEPTEMBAH!

Wow. Arguably one of my favorite opening lines of all time. When you hear that come on you know you’re locked in for 3 minutes and 35 seconds of pure bliss.

Fun Fact: The significance behind this specific date of September?

“We went through all the dates: ‘Do you remember the first, the second, the third, the fourth … ‘ and the one that just felt the best was the 21st,” Willis explains. “I constantly have people coming up to me and they get so excited to know what the significance was. And there is no significance beyond it just sang better than any of the other dates. So … sorry!”

Hysterical. Why this night? Did the band play a special gig? Did someone meet the love of their life? Nope. It just sounded the best out of all the 30 days. Turns out Earth, Wind and Fire don’t really care about lyrics as long as the song BANGS.

“The, kind of, go-to phrase that Maurice used in every song he wrote was ‘ba-dee-ya,’ ” she says. “So right from the beginning he was singing, ‘Ba-dee-ya, say, do you remember / Ba-dee-ya, dancing in September.’ And I said, ‘We are going to change ‘ba-dee-ya’ to real words, right?’ ”

Wrong. Willis says that at the final vocal session she got desperate and begged White to rewrite the part.

“And finally, when it was so obvious that he was not going to do it, I just said, ‘What the f*** does ‘ba-dee-ya’ mean?’ And he essentially said, ‘Who the f*** cares?'” she says. “I learned my greatest lesson ever in songwriting from him, which was never let the lyric get in the way of the groove.”

Unbelievable. Wild that they made the best song of all time so leisurely. Like it was a walk in the park. It’s like Da Vinci popping a molly, closing his eyes, splattering paint all over a blank canvas and ending up with the Mona Lisa. You can read more about the creation of the song in this great article from NPR here.

BUT besides this beautiful ballad, we low key got a lot of great stuff from several different genres today. I only really had the new BROCKHAMPTON (yes, I respect the band I’m putting them in all caps) on my radar for today but a lot of low key heat dropped. With that being said, let’s look at Iridescence first.

Not sure why a thermal image of a pregnant woman is their album cover but I’m here for it. The “greatest boy band since One Direction” had a tough year. After delaying/scrapping multiple projects (from Team Effort, to Puppy to The Best Years of Our Lives) and also losing one of their frontmen Ameer Vann because he was revealed to be a sexual abuser, it was a lot of mixed emotions and set backs for the group. 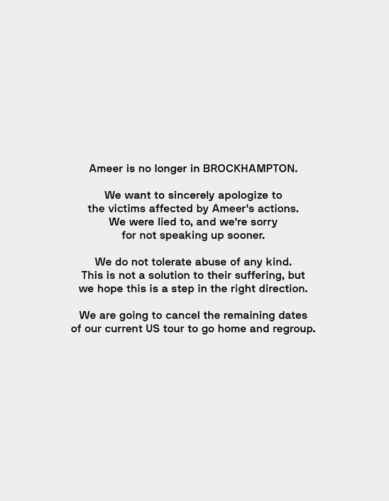 Because this band is known for being progressive/accepting (especially for having a gay frontman in Kevin Abstract and making LGBTQ conversations happen in the hip-hop genre), it was hard for them to continue being the same old BROCKHAMPTON. Another standout member of the group, Joba, broke out in tears at their first show after kicking out Ameer.

This led to them cancelling the rest of their tour and scrapping whatever music they had with Vann. They went to work out emotions and work on new music in London and Iridescence is the product. Despite Kevin and Co. saying it wouldn’t sound like their past albums, it still has their signature sound. It kicks off with “NEW ORLEANS” a minimalist banger with bars from several members of the group that transitions seamlessly into the much more “pretty” song “THUG LIFE”. That pattern exists in this project just like in the Saturation Trilogy: heavy hard beats with Tyler the Creator-esque bars, and then more pop-friendly songs that sound more like something Frank Ocean would cook up. Regardless, they talk about the trials of fame, their anger and confusion with the Ameer situation, romantic relationships and an extremely honest verse from Kevin on “WEIGHT”. Something about the brotherhood of this band, the interesting path their fame has led them down, and all of their creative juices flowing together comes to form a really really cool unique album that I highly recommend. Feels like the most BROCKHAMPTON album BROCKHAMPTON has released.

If alternative hip-hop music from a 15 person person rap-collective isn’t your thing, no worries! We got plenty of other music to check out. Here’s a few singles to keep on your radar this weekend.

Mumford and his male offspring are back with another sweet sweet folky slapper. I know these guys get kinda ripped on for being the “hipster folk band” but this is like a alt-soft-rock-folk mix. They’ve changed their sound multiple times but they always manage to make beautiful music that automatically makes me emotional and idk why, but I love it. Looking forward to more new stuff from these OG’s.

Words can’t express how excited I am that this band exists and has such a long and prosperous career ahead of them. These guys are bona-fide ROCK STARS. Their known for their Led Zeppelin-like sound, but damn they are just bringing good old fashioned rock and roll back for 2018. When the guitar solo happens in this song I literally said out loud to myself “let’s F***ing GO”. That’s how amped these guys make me. Get on their train now before they’re selling out stadiums.

In high school I was absolutely crazy about this band. Their first album was on repeat constantly. Their singer’s voice was so unique and fun. I also enjoyed their second album but since then I’ve kinda fallen off. I heard this this morning though and really liked it. Gets a little more funky than usual for these guys but it works. Any fan of their stuff will certainly enjoy this too. May have to get right back into them.

Look I’m the first one to make fun of the Chainsmokers. They make shallow music for frat boys blah blah blah. If you’re telling me “Roses”, “Closer”, “Don’t Let Me Down” and even “Selfie” for God’s sakes aren’t BANGERS, I can’t trust you. This song has a drop that’s a little more like their old stuff. Despite one of those clowns thinking he can sing and tossing some vocals on this track, I liked it overall. It’s above a 50/100 in my book which makes it noteworthy. So here ya go EDM fans.

Think that was enough non-rap talk. Let’s get into some of the best stuff for rap fans to check out.

Well, it’s not Tha Carter V like most people thought it was going to be, but I’m still pretty happy. We get plenty of Wayne over a hard Swizz beat just like the old days. This will tie people over until Wayne’s next Carter project drops and consumes every rap fans life.

I really like this groups sound. You may remember them from “Paramedic” the most underrated song from the Black Panther Soundtrack. They also released a song called “Vibes” earlier this summer that I liked too. This beat is fun, their flow is different, and the chorus is easy. Good stuff to toss on at a pre-game this weekend.

I love bumping Uzi on some loud speakers and trapping out as much as the next guy, but do I need an almost SIX MINUTE song from him? No. This song is catchy, classic Uzi production and lyrics, but cut it off after about 3 minutes.

Always gotta show love for Bronson when he puts out new stuff. This beat was too perfect for his style. It’s got classic Action lines like “20 alligators died for the sh*t I put my foot in”, and I’m just happy to hear more iconic music from this dude.

Everyone’s freaking out about this song…I don’t really see it if I’m being honest. I’m actually low key a pretty big fan of French Montana but his voice sounds so weird in this song. It’s definitely warped somehow and it just sounds off. The beat’s nothing special for sure but people are losing it because of Drake obviously. Same thing as “Sicko Mode”, Drake really doesn’t bring much to the table. He’s still rapping about his beef, which he whined about on his 45 song album already, and he’s obviously not talking about his teenage girlfriend either. Just an underwhelming track from the duo who made this heater.

Those were the days.

Anyways, I think that’s all I want to talk about in the music world today. Let me know if I missed anything and what you liked/disliked out of the new releases.