I’ve said it before and I’ll say it again, if you love Halloween you’re weird. If you’re waiting all year for October just so you can watch Tim Burton movies and pay $60 to dress up like “sexy Professor Snape”, that’s objectively weird…for adults. If you’re a kid, I get it. You get to stay out late with friends on a school night, your parents pay for a costume of a character from your favorite show, and you get to eat a ton of candy (or if you live in a neighborhood with losers, raisins). But this one night could be ruined quite easily for a youngster, and not just because they found a razor blade in the king size Snickers bar they got from the convicted felon living down the street, but because they could get their Halloween fit absolutely roasted by the cool kids. Next thing you know they’re not getting invited to sleep overs, there’s “not enough room” on the Smith’s trampoline, and they’re getting cyber-bullied on Instagram stories until they’re self-confidence is permanently damaged leading to a life-long psychological issue that will eat away at them forever. Do you want that? Do you want to deny your kids trampoline access? Trampolines are freaking awesome and you know damn well you don’t have the backyard real estate for a tramp like the Smiths do.

So your kid needs to look cool as hell. If your kid asks you to buy him a costume of an anime character PUMP THE BRAKES. I’m all about being an individual and letting your “freak flag fly” but they’ll get put on blast. It’s worth it (in the long run) to make your kids feel uncomfortable about things they like if it means they’re getting likes (when they post a picture of their costume on IG for all the other 3rd graders to see).

Let’s take a look at a few of the popular costumes this year and get you conditioned to know the good from the bad when it comes to Kid Costume Clout this year.

[Costumes rated from worst to best as Lame, Not Cool, OK, Pretty Cool, and Sick] 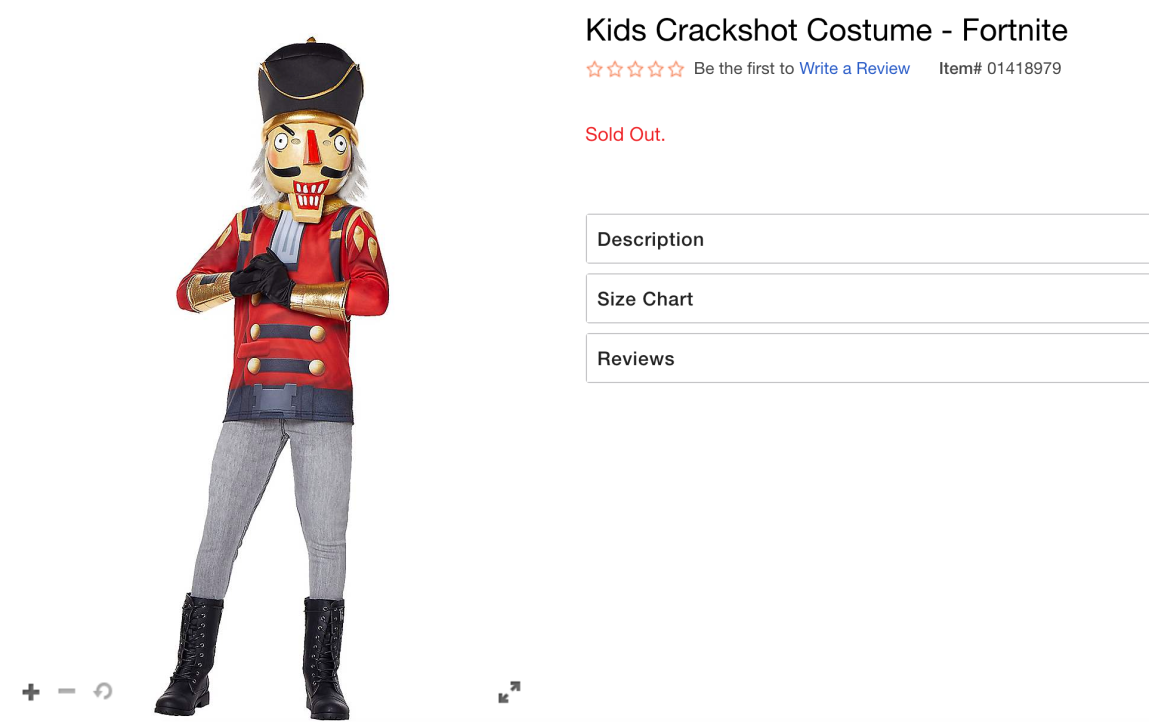 Annnnnd right off the bat I’m not sure if I understand what’s cool or not anymore. What the hell is going on? This is the number one costume according to the Spirit of Halloween online store. It’s sold out and Halloween is still two weeks away. Are you telling me there are 11 year old boys that want to walk around all night dressed as The Nutcracker? Tell me it’s from Fortnite all you want, I’m still seeing The Nutcracker. Like the one from the Christmas Musical. They don’t even give you a gun or an axe to make it look like it’s from Fortnite either. The kid literally doesn’t know what to do with his hands so he’s got the “had to do it to em” going. I’m starting to think they had a bunch of leftover Nutcracker costumes from last year’s “Middle School Christmas Musical” season, slapped a “Fornite” sticker on it and made millions. It’s a very lame costume in general but when you explain Fortnite I guess it brings up it’s level of coolness?

Here we go. Biggest Marvel Movie. Super hero. Badass suit. Gives a six year-old a six pack. I’m all in. BIG DISCLAIMER THOUGH: If your kid is white, they can’t wear this. I’m sorry. If white people can’t do the “Wakanda Forever” we definitely can’t dress up like the character himself. I know it would be the most innocent form of blackface but…ya know… it’s still blackface.

When your pasty white 7 year old reachers for the Black Panther costume, suggest this instead.

I hate this term so much but if you get this costume for your kid, you’re big ol’ lib. Very few people like Trump, myself included, but is parading your kid around in a “my president acts like a baby!” costume worth that one little joke? You really want to walk around with your screaming sugar-high kid all night and discuss politics with your racist neighbors while he’s trying to snort pixie sticks up his nose? No child wants to wear this costume, it’s the parents choice…which is kinda messed up. Not to mention the other kids won’t get it and think the kid is weird for caring about the government more than athletes, cartoons, and Fornite. That Nutcracker costume is starting to look better and better by the minute.

If you want your kid to be the funniest kid in his grade, get him this costume. Nothing cracks young boys up like a guy dressed as a girl. There’s a reason Adam Sandler made Jack and Jill and 150 million dollars from it. 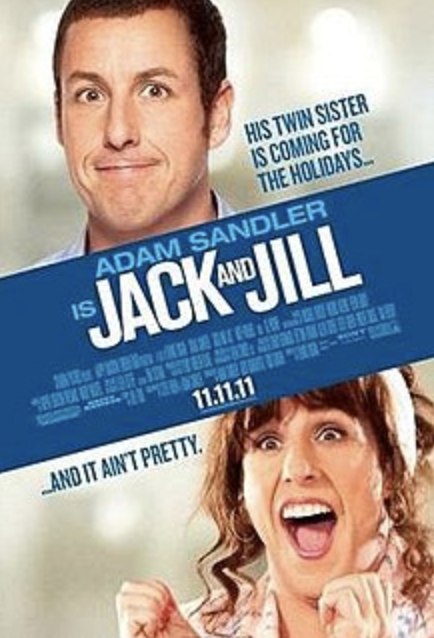 This sets the tone for his middle school school class clown career. Let him watch a few episodes of Family Guy and this kids going to have the kids in shambles telling inappropriate jokes at the lunch table that they don’t quite get but laugh at anyways to fit in.

Ok this is going to sound weird, and I don’t want anyone to take this the wrong way…but is this kid hot? Look at that hair. Spiky hair is a sign of an alpha in elementary school. Not to mention this isn’t even a costume it’s a t-shirt. A bad boy. This dude couldn’t give less of a shit about anything. Look at those James Franco eyes too my dude is blazed out of his mind. He’s trading his candy bag for a dime bag and lighting up a J in the backyard once his parents go to sleep.

Not to mention it shows he play Fornite. We talked about this earlier but all the cool kids play it. When I was younger my parents never let me play games with guns in it. I had to sneak to my neighbors to play Call of Duty. You know how embarrassing it was at sleepovers? I got clapped up left and right. It was sad to watch. I couldn’t talk about my KD ratio with kids but at least I unlocked Bowser Jr. in Mario Kart Wii! NOT NEARLY AS COOL. Now that I’m old enough to play these types of games I suck at them. Everyone’s got an extra 8 years on me in shooting-game practice. Every time I see a nine year old my first thought is “damn, that kid would pump the hell out of me in F-Nite”.

I think we’ve dissected the costumes for boys, and I want to give some tips on girls but not dive too deep into it because girls don’t really get mean until middle school. Little boys are bullying each other from the minute they leave the womb but girls are inherently nice until they get cellphones and someone makes the travel field hockey team over them.  Also, I was a loser boy, not a girl, so I’m not as experienced on the topic. Here’s a few just to get the idea.

[Girls’ rating will be from worst to best as Ugly, Ew, Meh, Cute, Adorbs]

It’s 2018, girls play video games too. Not only will she look like “one of the guys” so the boys won’t roast her, but this also look comfy as hell. Footie pajamas are all in. Fortnite girls costumes are officially better than boys.

This is the girl who wants to break out the Ouija board on Halloween but she actually thinks you can talk to dead people with it and she’s so creepy and emo that you think she might be right. Too scary. Like Jared Leto, this clown is a little too “twisted”.

I’m pretty sure this is the girl from Clueless? Or possibly Iggy Azalea?

Regardless, most girls aren’t going to know what this is, and that’s a good thing. The girl who starts wearing makeup first, the girl who listens to alternative rock on vinyl, the girl who uses VSCO instead of Musical.ly (or Tik Tok now I guess), the girls who like real adult stuff first are always the “cool ones”. If they’re wearing a costume from a 90’s movie (when they weren’t even being considered being born by their parents yet) they’ll look so hipster aka good. Although, depending on age, it might be too weird and the girls will be like “why didn’t you dress up like Moana like the rest of us”.

Lastly, let’s look at some adult costumes. “Oh but Mr. Parm, you said it’s so that the kids don’t get beat up”, well a lot of times the kids get beat up because their parents look like a bunch of squids. To make sure your loser-aura doesn’t get your offspring beat up, take a look at how these ones are rated.

What adult man is ordering this $60 costume to wear one time? The only logical solution is that it’s a step-dad who is trying to connect with his wife’s kid and knows he likes Fortnite so he shows up wearing this and is like “uh-oh the storms coming in! Looks like it’s time to get in the circle…your bedroom! Haha just kidding, but seriously kiddo it’s bed time.”

After seeing this video, no father is allowed to even know what Fornite is.

This costume just asked the girls at the pregame “where’s my hug?”. You’re trying to hard to be cute if you buy this. Unless your a character in a Netflix romantic comedy, people don’t excuse intentionally “cute” men (yes, I’m looking at you Peter Kavinsky).

In reality if you’re too old to be “trick or treating”, any costume that is more than $20 and involves more than a trip to Savers really just isn’t worth it. For young adults, you’ve gotta pay a $15 cover charge to get into the bar, $5 for the cheapest beer, and the music’s probably too loud to hear anyone compliment your costume anyways. Be a nerd, a tourist, a lumberjack, a cat, or anything else you can throw together in 10 minutes with stuff you already own. And if you’re an adult, just be the most basic neutral non-bold costume you can think of. Toss on a Pats jersey and some eyeblack and tell people you’re Tom Brady. Moms put on a witch hat and call it a day. Your kids will thank you.

Hope you all enjoyed and head my advice. If this was all too stressful to take in, maybe hit up Zack in the Fornite tee down the road for summa that dank kush. That’ll calm you right down.