First of all, if you didn’t qualify for the $1,200 stimulus check because you have more money than the threshold…

This isn’t for you rich debutants in your high ivory towers, gazing upon us plebians playing our Nintendo Switch Lites in the streets, blissfully ignorant of the ever-growing wealth gap.

This blog is for the people who are poor enough to qualify for the $1,200 but are dumb enough to spend it all before the weekend hits.

Donnie T. said America can have a little disposable income, as a treat, and we’re about to take him up on his offer.

Best Things To Spend Your $1,200 Stimulus Check On

Invest in Cameos from The People On Shark Tank

You give a man a fish, he eats for a day. You teach a man to fish, he eats for a lifetime. You give a man a $1,200 cameo from Kevin O’Leary, he’ll be importing fish from the Baltic Sea directly to a mansion in the Hamptons in about 5-10 years. I don’t even know where the Baltic Sea is, but it sounds like it’s riddled with delicious exotic sea creatures the government won’t let you eat because they’re “endangered”.

That’s right. Spend literally all the money you just got to prop you up during this difficult time on 2 minutes of advice from a bald billionaire who is probably only on Cameo because he knows the stock market is about to fail and he’s going to lose everything. Because that sage wisdom could spark the idea, or business opportunity, of a lifetime. Sure, you might have to wait a few years to launch the business due to the economy, but it’ll be well worth the wait when you’re the Wolf of Post-Covid Wall Street.

Are you thinking, “I like Mr. Wonderful, but I’d rather have the 2 least famous people’s advice instead”? Have no fear! You can also do the Barbara-Robert Combo for only $1,099! 2 Sharks advice for the price of only, like, 6 months of car payments!

If you do take this advice and make it rich, please reach back out to me. I got a big idea if you haven’t heard yet…Hibrunchi. Hibachi, but for Brunch. Gonna be huge. Let it marinate and hit me up when you’re ready to toss your financial flame into my pancake volcano.

Bored? I guarantee you won’t be when you’re trying to figure out how to keep 5 dozen Japanese pocket-pets alive.

Did you watch Tiger King and think “Aww man, I wish I had a sex-cult based around the exploitation of exotic cats”, well, now’s your chance to get in on the action! Buy your own Bengal Kitty for the low price of $1,000. Drive your van up to the local elementary school and tell the 4th graders you’ll take their lunch money in exchange to do Tik Toks with it. Then use that money to buy crystal meth and MORE cats. Once you’ve got the crystal and the cats, time to invite the cuties. Make sure to have at least 3 husbands/wives, because you’ll need them to shovel the tiger poop and feed them expired pepperoni from Walmart. From there, you’ll just be able to sit back, relax, and watch the profits pile up until you inevitably get thrown in jail for conspiring to murder some bitch from Florida.

Now you have $15.24 to use for shipping the other 26 box sets you don’t need to your closest friends, or as Dom Torretto would say, the Family.

Every d-bag is trying to “pick-up the guitar” in quarantine. But this summer at the first bonfire post-quarantine when he breaks out Wonderwall to try to score some action, you’re gonna show the ladies you’re not like most guys. You’re gonna whip out your $1,000 clarinet and play “Brahms Clarinet Sonata No. 2 in E Flat” and be knee deep in babes by the time the last log burns out. You’re welcome.

Ok seriously, what the fuck is this? Why are the Chainsmokers literally raffling off “doing manual labor for them” for charity? These guys would have to pay ME to be in their backstage crew, what makes them think I’d give them a dime to lift speakers for them and shit while they funnel Mike’s Hards with 17 year old girls?

This is from this really cool site that started the All In Challenge and a bunch of celebrities are offering up raffle prizes to do stuff with them in order to raise money for COVID-19 relief funds. It’s a great cause, a great idea, and there are some great prizes. But some of these are MISERABLE, like… 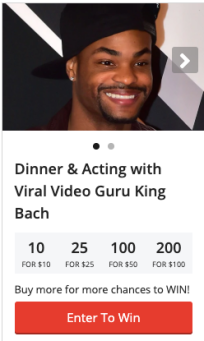 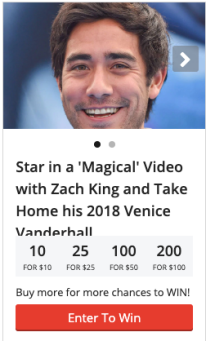 I get he’s coming from a good place, but dear lord if you donated money in hopes of getting a chance to have King Bach teach you about making Tik Toks over dinner, you deserve to get the virus. That’s just natural selection.

Look, I told my buddy I’d do him a favor and try to help him sell his movie collection. He just got laid off and he’s trying to come up with some extra cash. If you’re thinking “I guess I could watch Paul Blart Mall Cop 2 for less than $6?” can you do me a solid and just buy it? It’s really not that bad of a movie. Mall Cop goes to Las Vegas and gets mixed up in another heist type thing. It’s not like “amazing” but it’s really not going to be as bad as you think. 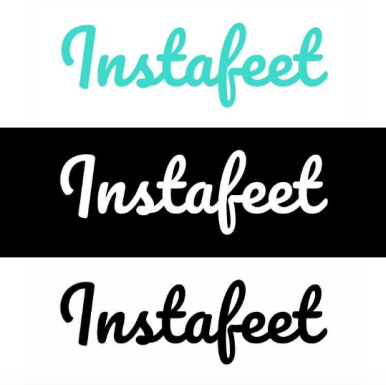 Feelin’ all sorts of nasty because you haven’t felt the touch of another human being in months? Getting tired of google searching “boobs”? Well, check out Instafeet.com! The world’s leading site for purchasing feet pics! Not only will your money go directly to people willingly selling their Pho-Toes for cash during these tough times, but Instafeet is also offering a special Quarantine Deal! Use promo code PARM at checkout for 50% off those pics of little piggies!

Mr. Worldwide’s on a globe-trotting tour this summer, and now’s your chance to see him how he was meant to be seen: up close, and personal. You and a friend should say dale! and drop $1,100 to see him in person. What to do with that extra $100? You do what Pitbull would do. Throw it on black at the roulette table. It hits. Of course it does. You throw it on black again, HITS. Black again, HITS. You’re on fire. In fact, someone comes behind you and offers you a Fireball shot. Who’s that? Armando Christian Perez, aka Pitbull himself. He asks you and your friend if you want to come up to his hotel room. Next thing you know, you’re ripping tequila shots and doing booger sugar with Mr. 305 in the Penthouse Suite. It’s 3AM. Pitbull asks you guys if you want to get IHOP, which, of course you do. Next thing you know, you’re in Connecticut scarfing down pancakes with the living king of latin pop. It’s 6Am and you stumble back to your room with a belly full of French Toast and Columbian Cocaine. The tickets may have cost a fortune, but the memory of that night, is priceless.

Now if you’re saying to yourself, “mr. chickenparm, all of those ideas are wonderful but I really want to put it in the bank and save it”, let me be the first to tell you that’s a stupid idea. It’s truly profoundly dumb. If there’s anything we learned during this crisis it’s that the economy is unstable and You Only Live Once.

So c’mon, don’t drop that check into your fidelity account, drop it on something YOU want. Treat yo self. Whether it’s an oboe or whatever instrument I said earlier, or it’s a once-in-a-lifetime night spent with Pitbull, you deserve to spend to that $1,200 on the only thing that will matter once the government collapses and we go into full blown anarchy mode: you 🙂