If I told you The Chainsmokers were under investigation for something 6 months ago you’d probably assume it was for something like “making out with 16 year-olds backstage”, and although I’ve written countless emails to the FBI about that hunch, that is not what they are being investigated for.

Nope, they’re being investigated for creating a two thousand-person breeding ground for a deadly virus in order to promote Instagram influencer “FuckJerry’s” Tequila….

Videos from a concert held in Southampton on Saturday show egregious social distancing violations. I am appalled.

The Department of Health will conduct an investigation.

We have no tolerance for the illegal & reckless endangerment of public health.https://t.co/gf9kggdo8w

LOOK AT THAT. If looking at that right now doesn’t shake you to your core… WHAT IS WRONG WITH YOU?

Let’s address what’s objectively the most disturbing part of this video first…uhhhh, really? The CHAINSMOKERS? That’s who you decided to risk it all for?

If Frank Ocean said he was going to perform Blonde front to back, I’d get it.

If One Direction actually convinced Harry Styles it was worth his time to play with the other losers in his former boy band, I’d get it.

If doctors who were trying to discover the cure to Coronavirus serendipitously found a serum that brings the dead back to life and rose Freddy Mercury’s lifeless corpse from the grave to share his gorgeous pipes with the world one last time…I’d get it.

You’re gonna go see the CHAINSMOKERS??? Bro, close your eyes and press play on your iPod! That’s what they’re doing! The only difference is this one got cocky after “Closer” and thought he could sing and he would do it shittily over the instrumentals. 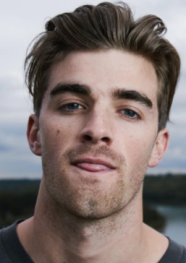 And say what you want, “the cars were supposed to be 10ft apart”, “everyone was supposed to be wearing masks”, “it was only a few people breaking the rules”, but none of that shit matters.

They knew what they were doing. You saw that video. If you saw that scene while you were performing you’d stop! You’d press pause, get on the mic, and say “hey if you don’t follow the rules we don’t play” and they didn’t! You want to know why? Because the Chainsmokers are the same people who said this shit.

People who read that and are like “damn, this is so true”, are the kinds of dumbasses going to these concerts.

This is a Chainsmokers concert. The people going to this concert had no intentions of doing so in a respectful/safe manner. This isn’t a James Taylor acoustic set where the thing you have to worry about most is seeing Nana and Pop-Pop sucking face in the Crown Vic next to you. This is the Chainsmokers. That crowd of 2,000 people was horned up 17 year olds drunk off Lemon Svedka hoping to run into other teens to share passionate Juul-stained kisses with. Not to mention, there were at least 300 cars there so the over/under on people who actually drove home sober is set around 15? And the other 285 are clinically insane people who just raw-dogged a Chainsmokers concert.

What I’m trying to get at here is that the people who went to a Chainsmokers concert in the middle of a pandemic deserve to get Covid because they are either to ignorant or just too plain dumb to contribute to our society. Which got me thinking, why don’t we do this on a larger scale? Why don’t we round up every awful entertainment act, throw a festival, and then, those stupid enough to think it’s worth it to attend, can catch the virus and be exterminated from the world forever!

Here is the lineup for CoronaChella!

These puppies are gonna go quick! Taking place on what’s left of Fyre Island, CoronaChella is a first-of-its-kind music festival. You’re going to party like there’s no tomorrow, because there’s a good chance there won’t be!

If you were considering buying tickets I probably don’t have to tell you this, but NO MASKS REQUIRED! Go ahead and get nasty on those beaches to the sounds of some of your favorite artists. Of course the Chainsmokers are headlining, but what other SICK acts do we have coming to CoronaChella?

Well, we’ve got Maroon 5 Only Playing Their New Stuff, I hope you liked “Animals“! Not to mention on the same day we’ve got Lin Manuel Miranda Biting His Lip…uhhhhh, maybe leave the wives at home fellas! And that’s only the first day!

Saturday we’ve got the comedy stylings of Chris D’Elia! (For legal purposes we must ask you turn your phones off during his performance, not because he doesn’t want his material getting out for free but because he may slide into your DMs and ask to cuddle). And who’s opening for him? None other than…PICKLE RICK! Remember that? “I’m Pickle Rick!”, shit is genius!

And then, to cap it all off, we have a beautiful closing set from R. Kelly who told us, and I quote, “I Can Not Come, I am In Jail” so you know he’s got something crazy planned! Don’t worry though, we’ve got some silly acts for you to enjoy as well though. If you’re Ridin’ for Biden, you won’t want to miss The Cast of SNL Doing A Trump Skit! Alec Baldwin’s gonna play Trump and Kate McKinnon is gonna dress up as a male congressman you’ve never heard of and call him orange! It’s gonna be epic!

And best of all, it’s all sponsored by Elon Musk’s new whiskey “Harambe’s Tears”, lol that guy is a freaking riot!

All 3 days are going to be incredible, unique, and deadly! Probably! You want to take that risk, be my guest! At best, thousands of the worst people in America will come together to watch the worst of the worst people in America perform outside of the country and probably die. Maybe then we could make some progress! If you’d like to help make more progress, why not spend money by donating to Feeding America, who is trying to help feed the homeless during the pandemic, rather than spending HUNDREDS OF DOLLARS TO SEE THE CHAINSMOKERS.

Alright, that is all. I gotta go listen to some James Taylor and calm myself down.