It’s the most wonderful time of the year. Spirits are high, Ugly Sweater parties are happening every weekend, you get to tell people stuff you want and they just go and buy it for you, and of course, there’s a bunch of Christmas Content that’s been warming up in the year’s oven like a Honey Baked Ham, finally ready to be consumed.

This means it’s finally acceptable to listen to Christmas jams like “Christmas Wrapping” without feeling weird about it. You can watch comedies like Christmas Vacation that you’ve wanted to watch for a long time but because it wasn’t the holidays it just felt weird. That’s the good thing about a lot of Christmas specials, movies, and music: they’re genuinely good content regardless of the season, but they are exceptionally better around the end of the year.

The Christmas season can also be used as a thick layer of makeup caked on to cover up the ugliness of some of the worst movies and music known to man. Here are a few examples of some Christmas content that we think are good simply because it’s Christmas time and our hearts have grown 3x their original size in order to let naughty media into our hearts. 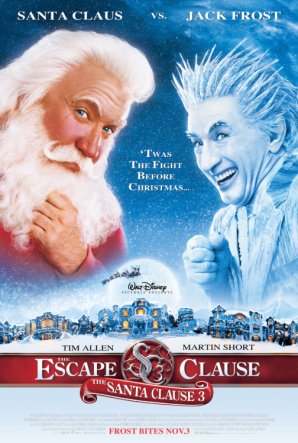 This movie rides the coattails of it’s predecessors like no other. Santa Clause 1? A classic. A little dark and unexplainable with the whole “murder Santa and get his job” kinda thing, but a classic nonetheless. Then the Santa Clause 2 gave us the iconic “I feel like some Christmas” scene, and despite it actually being a pretty good movie, that alone is enough to justify it as watchable.

Then you’ve got this atrocity, where a little girl hugging this pedophile-looking man is the “happy ending”. This movie is confirmed very bad, SO WHY AM I SEEING IT ON TV ALL THE TIME. Don’t give me the old “it’s just part of the franchise that’s why they’re playing it” line. That’s not it. You don’t see the Hangover 2 or 3 on TV ever. You don’t see Shrek 3 often and most people don’t even know Shrek 4(ever After) EXISTS. But since this is a Christmas movie, it gets the pass. SMH.

Why do they play this song on radio stations during Christmas? It’s a slow boring religious song. That’s why they don’t play Silent Night on the radio, so why do they feel like it’s ok for this??? This song sucks. 3 full minutes of 8 people doing Gregorian chants about a poor kid who plays percussion. You know why they sent him to the baby Jesus? To put him to sleep. Joseph was like “this baby is keeping me up with all it’s crying and all these random visitors I wish he’d just fall asleep” and God was like “oh I know JUST the guy”. Then that worked on Children for almost 2 centuries, but once they became conditioned they needed a new solution, and they invented the only thing more boring than the song, a Christmas Special!

A 1968 Christmas Special about a poor kid playing drums is maybe the least enticing pitch for a show that I’ve ever heard. 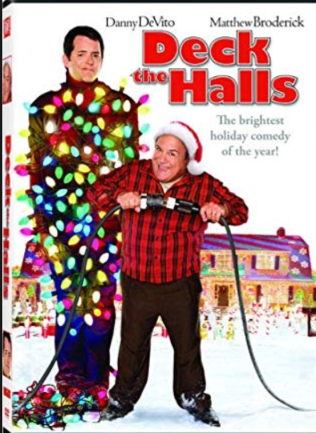 That’s right folks, Ferris Bueller and Frank Reynolds play feuding neighbors in this movie that only exists because one writer thought “what’s the title of a Christmas song that hasn’t been made into a movie yet?” and went from there. This movie is garbage. Danny Devito can’t see his house on Google Maps so he spends his entire life savings on Christmas Lights so they’ll be seen from the International Space Station…and hilarity ensues! So many things happen in this movie that are unrealistic but not in a funny way. Like it’s not “ridiculous funny” like the Anchorman fight scene, it’s ridiculous in the “we made stuff happen that isn’t physically possible because it would make for a cheap laugh”.

There’s one scene that makes me so irrationally angry. For some reason at a local tree farm, Matthew Broderick has 5 trees planted and he cuts one down every year for Christmas instead of just buying one tree every year like a normal person. As he’s cutting down this year’s tree, he accidentally hits over a container of GASOLINE. Why is the gasoline there? Why didn’t he notice he tipped it over? Why did it drip all the way onto all 5 trees? We don’t know! And then when his axe hits the tree that somehow produces a spark? The metal from the axe on the wooden stump of the tree produces a spark? And then that sets off an entire forest fire and all of his trees burn. I wish I could find this scene on youtube or something to show people who haven’t seen it, but if you haven’t seen it, you’re lucky. 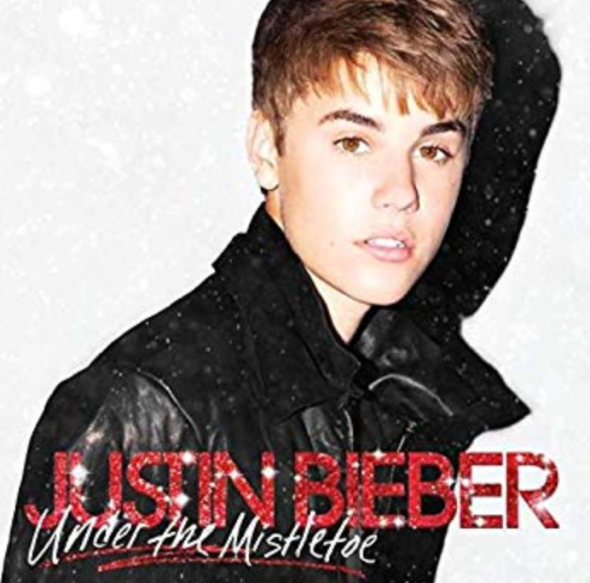 Look I’m a Bieber guy. Sure I hated him as a kid, he was getting the attention from all the girls in my class that my 4 foot ‘2, non-athletic ass could never get, and that made me jealous. After Purpose though? I got Bieber fever. But this album is unacceptable. The hit song was “Mistletoe” because it painted the picture for a bunch of 12 year old girls that one day they could be sucking face with Justin under some herbs hanging from the ceiling.

So it panders to 2 things here, 1.) Christmas Spirit 2.) 12 year old puberty hormones. It is just awful but since it was a huge hit when girls my age were tweens now they want it played at every Christmas party and then they sing it at the top of their lungs and all the guys go to the bathroom to avoid the uncomfortableness.

So how did he top that song on this album? Well he took our favorite song, “The Little Drummer Boy” and added a Busta Rhymes verse. It’s just as bad as you’d think!

Thank god this young man grew up to make Sorry and What Do You Mean or else this would be unforgivable. 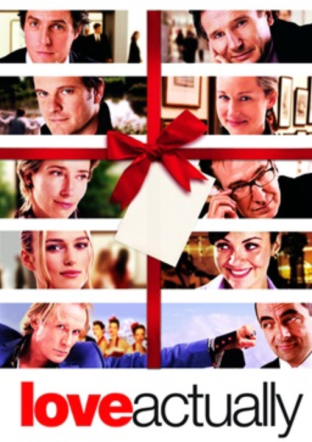 Nothing screams Happy Holidays quite like a man cheating on his wife! Or your best friend trying to cuck you out of your fiance because “at Christmas time you tell the truth” which is a WEAK excuse to try to ruin your friends relationship.

The woman is chasing this hunk from her office and then can’t be with him when she finally claws her way out of the friend-zone because her brother “calls her too much at night”? And the biggest plot is straight up Professor Snape trying to get in his secretary’s pants in front of his wife AKA Elizabeth Banks from the Parent Trap and it’s heartbreaking and sad and not Christmassy at all.

I’m sure there’s plenty more but in the spirit of Christmas I’m gonna leave those unwrapped.