Corona seriously went straight for Earth’s jugular when it decided to get up inside Tom Hanks guts (yes, I’m aware that’s not how that phrase is usually used, but it still applies). That’s America’s Sweetheart. Coming after the man we deemed good enough to play Mr. Freaking Rogers? This thing might as well have walked into Earth’s customs with a passport stamp from Hell.

There’s hundreds of other people I wish could’ve taken that Reign of Rona instead of our universally beloved 2 time Academy Award-winning actor and all around nice guy Thomas Jeffrey Hanks, but hey, life’s like a box of chocolates. Sometimes you get a caramel-filled milk chocolate truffle and sometimes you get a Three Musketeers that a 4th grader sneezed on while riding the subway. T-Hanks got the latter of the two, but I wish it was one of these following people who took a big munch out of that boogie-covered D-list candy bar, instead of him.

I mean, COVID-19 sounds like an alt rock band that Timmy would play drums for. This guy has kissed two of my biggest celebrity crushes (Florence Pugh and Saoirse Ronan) and Emma Watson is gonna be next in line to get a smooch from this 120 pound chain-smoking thespian. Only way more Little Women are gonna want to avoid swapping saliva with him is if he gets a BIG dose of the Rona.

This man would’ve got the corona while exploring ancient tombs in northern rural China, self-tested himself, isolated the virus, found the cure, and then beat its ass. If this man got infected a few months back we’d have the cure and then some by now.

This guy’s shirt is always unbuttoned way too far, he’s always got his sleeves rolled up, he’s always traveling around staying at nasty ass hotels, and no shot he’ll wear a mask to cover that shit-eating smug little smirk he has permanently stapled to his face. If this guy get’s the virus I will feel no remorse. He had it coming. 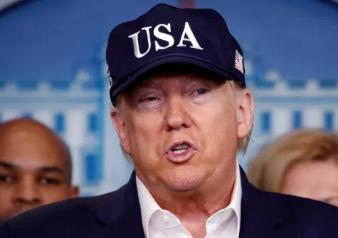 Not even getting political or anything I just assume if he got it he’d be like “EXECUTIVE ORDER, NO ONE HAS TO WORK FOR THE NEXT MONTH AND THE GOVERNMENT’S PAYING FOR IT”, which would be sick.

Yeah idk, why not.

OHHHHH who’s so smart now huh? Did Mr. Galaxy Brain forget to wash his hands? Was Professor Harvard a big enough genius to not touch his face? If this guy got the virus it’d really cut him down to size. Always lecturing us on “how the universe is infinite” when literally every doctor is telling us to stay inside our rooms and not leave the house. Get bent buddy.

You know these bastards have a thousand-roll stockpile in their garage and that’s not even including the little boy bear’s personal stash he’s got hidden in the attic. That bear is a freaking FIEND for wiping his ass. Dude is horny for pooping. Getting absolute faded off that 2-ply rubbing against his fur. Koalas got screwed in the Australian fires, Polar Bears’ homes are literally melting and this little shit is in a 3 bedroom 2 and half bath suburban home dancing to “September” in his living room covered head to toe in ultra-soft booty-paper like a fucken mummy. I can only pray the virus puts this whole family on the endangered species list. 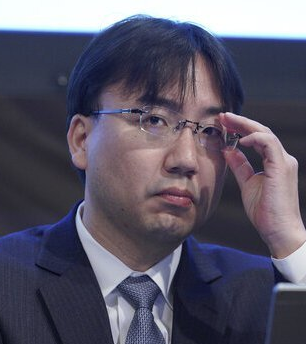 That’s right, I’m calling out the CEO of Nintendo by name. I don’t care if Animal Crossing for the Switch comes out in less than a week, this fool should’ve dropped the game the minute “self-isolating” and “social-distancing” even became terms that had come out of people’s mouths. If getting the virus is the push we need to force this guy’s hand, then so be it. I will not last more than 3 days in quarantine if I can’t lose myself into a 3D character who goes butterfly-catching from the hours of 5pm-10pm every night of the week, that’s on God.

Ok this isn’t like the others, but this had to be said. This is the last thing we need. If someone like Logan Paul got the coronavirus he would be the happiest man alive. Think of all the content and attention this guy could get if he tested positive. You know how many views a video called “KISSING MY GIRLFRIEND WHILE INFECTED WITH CORONAVIRUS (GONE WRONG) [NOT CLICKBAIT]!” would get?? It’d be a nightmare. Protect these guys at all costs.

Greater Being who bestowed this plague upon us because they’re bored I assume, I’m begging you, remove the toxins from Mr. Hanks body and transfer it to any of the garbage people above. Hell, give it to me. I could use the excuse to miss work for a few weeks, watch insane amounts of content, and get sympathy from chicks. (Speaking of which, notice how I didn’t have any women on this list. Saoirse and Florence, if you’re tryna quarantine, the DMs are open.)