I think I speak for every straight man born in the mid to late 90’s when I say that the Jonas Brothers Era was the largest plight of our kind.

Call me a “cucking snowy lib-flake” all you want, but I still gotta say, being a straight man has been a walk in the damn park. That whole “not having to face discrimination my whole life” thing was pretty lucky, which is why I’m being serious when I say the worst part of my kind’s time was when we all had to pretend to hate the Jonas Brothers in order to keep our shield of masculinity up.

Not to throw myself a pity palooza or anything, but I had it harder than most. I had two sisters who absolutely adored the band of brothers AND a stay-at-home mom. So whenever we argued about watching the Jonas Brothers on Disney, or watching Drake and Josh on Nickelodeon, the girls won. Whenever we argued about listening to the Jonas Brothers CD, or literally anything else on car rides, the girls won. Time after time, I was bombarded with the infectious instrumentals of Disney’s premier boy band and I couldn’t sing one freaking word. I just had to sit there, act like I was annoyed, and call them all “gay” to my friends. Only GIRLS liked the Jonas Brothers in 2007. Only GIRLS were allowed to sing their jams at the top of their lungs. Only GIRLS could think “Nick was the cutest”…but that was then…and this…is now.

It’s 2019. Gender is a social construct and gender has become so fluid that it’s built up pressure and the gender barrier is about to crack. I’m just doing my part to break that bitch down. I’m gonna break it more than girls hearts broke when Nick got married a few weeks back. 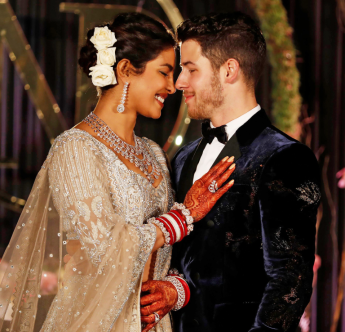 That’s right my guys, the Jonas Brothers are back and we can not miss out this time. They announced they have a new single coming out called “Sucker”, and they’re going to do it on Carpool Karaoke. If the guys are mixing nostalgia AND a viral youtube video, you know they’re coming back in a big way.

I said this in the other two installments of the Breaking Gender Barrier Series about Harry Styles and To All The Boys I’ve Loved Before, but I am not gonna let these male stereotypes that were carved in stone by some cavemen during the jurassic era keep me from enjoying traditionally female content that is DOPE. Just like the Jonas Brothers.

I think the first song I heard outta the Bad Boys of Alter Serving was the time-traveling multi-platinum slapper “Year 3000”.

I mean, come on. This is the catchiest shit of all time. I think as a collective my generation sort of remembered this song was unbelievable last year and it was played at a few parties and finally being able to scream “AND YOUR GREAT, GREAT, GREAT, GRAND DAUGHTER, IS DOING FINE. DOOOOING FIIIIIINE!” was LIBERATING. It felt so good, and that was before I even dipped into their badass rap-dabbled banger BURNIN’ UP.

Nicholas Jonas riding in a speedboat like a young Jimmy Bond is just about the sexiest stunt of all time. While they’re chilling in a hot tub with a young Selena Gomez (ever heard of her?) their personal body guard “Big Rob” lays down BARS. These guys lived the life every one of us pathetic 13 year old boys wish we had, we just couldn’t admit it. We wanted to be poolside with the Jo Bros wearing Old Navy swim trunks, doing big ass canon balls to impress 16 year old Hannah Montana, and jamming out to their catchy tunes. The good news is, we can now do the latter of these activities.

That’s right, the boys got the band back together, new single, social medias going crazy, and they’re residuals on their old songs are probably slowing down so you KNOW they’re gonna be back on tour sometime soon. And fellas, when they come to a town near you, you gotta go.

I know this is a scary idea to most men, for many reasons. Reason number one being that the Jonas Brothers get a ton of ass. Confirmed. The reason straight guys hated them is because they’re arguably the straightest dudes of all time. These guys literally ran through every babe you can think of. Miley Cyrus, Selena Gomez, Taylor Swift, Demi Lovato, Sansa from Game of Thrones, Oliva Culpo…the Jonas Brothers collectively hit it first @ every dude in Hollwood. Idk what’s in the holy water these young men were baptized in but it makes famously slammin’ hotties swarm to them. Including, your girlfriend.

That’s a big reason no dude wanted to go to the Jonas Brothers concert, because they knew if they saw your girl and pointed at her, she was legally their girlfriend now. If Nick starts singing that diabetes song, your girls got tears streaming down her face, and they make eye contact? In a court of law, she’s Nick’s now. There’s nothing you can do about that.

They’re hot, rich, rock stars, and the most eligible bachelor’s on the late 2000’s market. Sure they infamously had their purity rings back in the day, but if I’m remembering correctly there’s nothing in the bible that says “thou shall not get to second base”, and I know damn well Nick would’ve ignored that commandment and let his fingies run astray anyways. Honestly, I’d even be scared the little Bonus Jonas Frankie woulda come out from behind the curtains in his fedora and steal my girl by association. 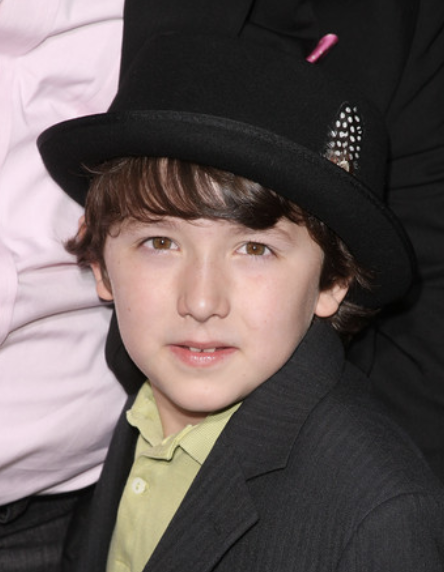 But guys, you won’t have to worry about any of the Jonas boys stealing your girl…cuz she won’t even be there. That’s right, just go with the boys. Send a text your homies in the groupchat (the one you say goodnight to before bed every night) and let them know you’re all going to see the best boy band of all time on tour this summer.

To quote a movie that was more popular the JB DCOM vehicle “Camp Rock”, fellas, we’re all in this together. We all had to pretend like we didn’t like the Jonas Brothers for so long. Keeping our mouths shut to keep our big manly egos in tact even though we hadn’t hit puberty yet…it’s something we all went through. Now, with Nick’s curls glistening under a massive floodlight, we can all jam out to the musical stylings we wouldn’t dare to when we were younger.

So call up your boys, pregame with a 16 of White Claws (lower carbs, also breaking gender barriers), and head to your local concert venue to marinate in the audible ecstasy that was robbed from you as a kid. And who knows? Maybe those girls our age going to see their old favorite band perform again will have deja-vu and settle for the weird dude who came here to the show with his guy friends just cuz she’s all hyped up on raging middle-school level hormones. Fellas, put your purity rings to the sky and then hammer it down on the play button on a Jo Bros album. No more dancing around the fact that songs like “Lovebug”, “S.O.S.” and “Hold On” aren’t absolute HEATERS. Together, we can break this barrier. Together, we can all become brothers…Jonas Brothers….fans.

We can’t become the Jonas Brothers. Even Frankie Jonas, a biological brother of the family Jonas, isn’t considered a Jonas Brother. But yeah, fans, for sure. WHO’S WITH ME?